Community members at a consultation in Oaxaca, Mexico. 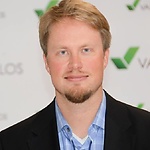 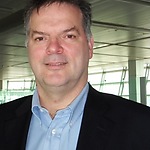 Poor relations with local communities stalled a wind farm project in Mexico – but learning from the case highlights positive steps companies can take to build positive relationships with affected people.

On 1 September 2015, wind energy company Energía Eólica del Sur signed an agreement to start construction on a US $730 million, 132-turbine wind farm project in Oaxaca, Mexico. The permits had been obtained, international investors stood behind the project and the site for the project boasted some of the best conditions in the world for efficient and environmentally friendly wind energy.

But just a few months later in December, a judge in the State of Oaxaca issued an injunction on the project due to community concerns, ceasing all construction. At the time of publishing, the case is still with the court. Those with a financial stake in the project – from the company to its investors to the Mexican government that provided economic incentives – could lose their investment. So what happened?

The Mexican government has long supported wind, and other forms of renewable energy, as part of its strategic infrastructure and economic development. Leopoldo Rodríguez, president of the Mexican Association of Wind Energy, told the New York Times in July 2016 that since 2004 investors have spent US $9 billion on wind farms in Mexico. | See the New York Times’ July 2016 story on wind farms on the Isthmus of Tehuantepec

"When wind developers first arrived on the Isthmus, few farmers could imagine what the future would hold,” writes Duke University PhD student Stephanie Friede in a comprehensive case study on the Energía Eólica del Sur project published in 2016. | See the complete case study published by the Wilson Center

"Much of the land lay fallow or was used as pasture and residents were eager for any cash that might come their way. Wind energy developers arrived with contracts in the late 1990s just as the last of the state supported agricultural programs were disappearing and few farmers were able to continue cultivation without help,” Friede writes.

Sowing the seeds of mistrust

The land for the Energía Eólica del Sur project was originally prospected in the early 2000s. The land in question – the Isthmus of Tehuantepec – is relied upon for livelihoods and habitation by over 200,000 people, according Benjamin Cokelet, founder of the Latin American human rights advocacy group PODER, which along with dozens of other civil society organisations was involved in the case.

As Cokelet tells it, in the early 2000s the prospecting company did obtain signed consent papers from local indigenous community leaders agreeing to the use of the land for a wind farm. But Cokelet alleges those leaders later said that they could not read the agreement and did not understand what they were signing.

Luc Zandvliet, who was not involved in the Energía Eólica del Sur case but is a leading global expert on gaining community consent for land use projects, says this situation is unfortunately not unusual.

“These long-term projects typically have many parties involved, from multiple companies with different roles, to investors, to governments – and of course the communities whose land is used or affected by the project. What companies, investors and governments have unfortunately too often failed to understand is that in negotiating agreements, you first need to establish good relations with the community, then you determine the rules for engagement and only then can you focus on the issue at hand. Trying to get an agreement without first establishing the relationship will – predictably – backfire,” Zandvliet says.

“If you do not establish the relationship and rules of engagement first,” Zandvliet emphasizes, “you’re sowing seeds for mistrust and grievances that often build over the years and can ultimately stall or completely side-line a major investment.”

But according to community members and supporters like Cokelet and PODER, people in affected communities did not give their free, prior and informed consent for the land to be used for the Energía Eólica del Sur wind farm project.

Inheriting a legacy of corruption and mistrust

While the prospecting of the land for wind farming was done in the early 2000s, the project only moved toward construction around 2011, when the package of necessary contracts for land use and construction was sold to investors.

The main investors – Australian Macquarie Capital, Japanese Mitsubishi and Dutch pension fund PGGM – did inherit some documentation regarding community consent. But a clear definition of which communities must be asked for consent, and whether or not they truly gave it, is debated. Some, like Cokelet, allege the investors didn’t do proper due diligence to determine if consent had truly been given.

“The social context is always important to recognise. For companies and investors, it’s important to understand that due diligence on your behalf – like somebody else attesting to the community’s consent – cannot be accomplished through Google searches and talking to a handful of international human rights groups just because they're convenient. The local context is rich, interesting, and diverse – yes, complex – but not mysterious. It can be understood, dialogue can happen and it’s worth investing in learning who communities and their local advocates are, how we operate, and about our connections to these issues locally. That kind of dialogue at the local level make companies’ and investors’ investments on these big projects much more of a sure thing.”

By 2014, it was clear to all involved that the affected communities needed to be consulted about the fast-approaching construction of the wind farm. The Mexican Secretariat of the Interior held one consultation with community leaders from one area. Those who attended the meeting signed a document saying they had given consent.

In July 2015 community consent was reportedly confirmed via raised hands at a meeting. Yet the result of those consultations is still hotly debated. Were the right people consulted with? Was their consent truly free, prior and informed?

Cokelet and his fellow advocates say no. They claim people were not consulted in their own language and could not benefit from independent experts for assessments or facilitation of the consultation, amongst other concerns.

While the company behind Energía Eólica del Sur declined to be interviewed for this story, Adrian Escofet, former president of the Mexican Wind Energy Association, has a different perspective about community support for the project. "There are groups, and they are neither the owners nor the potential beneficiaries of the project, who are against [the wind farm project]. These groups – non-governmental organisations and political groups – want to take advantage of complex situations,” Escofet told Reforma newspaper in June 2016.

And by the end of 2015, the judge in Oaxaca felt the outcome of the consultations was so unclear that the project needed to be stopped pending further review. Around the same time, principle investor PGGM pulled out, stating in a later interview, “It is now clear the project will remain controversial, and that it will no longer deliver the risk-adjusted returns we expected.” The project’s future is currently very unclear.

Looking back: why has the project stalled?

As research has consistently shown, a lack of social acceptance from the community for a business’s activities breeds conflict, and on many occasions causes a serious financial launch to companies and investors with a financial interest.

In the Energía Eólica del Sur case, Cokelet and Friede emphasise the negative impact of years of lacking consultation with communities and the communities’ perceptions of corruption. “The communities grievances just pile up and gain steam over time,” Cokelet says. Friede writes of additional community distrust of wind farm projects due to perceptions of officials and others pocketing undue profits from the projects.

Zandvliet notes that these grievances, however, do not need to be the rule. “In the overwhelming majority of cases, company-community conflict is predictable,” he says. Zandvliet emphasises that when companies stick to mutually agreed “rules of engagement” between the company and community, companies can, “dramatically increase the changes for positive outcomes.”

Based on learning from this case, Cokelet recommends that companies ask themselves the following questions when preparing for community consultation processes:

Zandvliet and PODER’s Cokelet both point out that it’s the ‘how’ of engagement and not necessarily the ‘what’ that matters.

“[Wind] turbines obviously have great benefits in terms of sustainable energy. In this case, the opposition to the project wasn't about it bringing wind powered energy,” Cokelet says. “The problems this project has faced are due to the way it was conducted and the poor relationship with the community.”

All photos in this story are courtesy of Stephanie Friede.