Responsible banking amidst a legacy of injustice 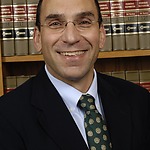 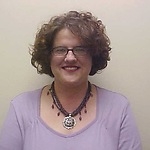 In a country where business is still working to gain trust following the end of apartheid, a South African bank is taking steps to embed respect for human rights into everything it does.

Note: This story captures experiences and opinions from various perspectives on a particular situation, and is designed to share lessons learned on some of the issues involved. It is not intended to be a comprehensive case study nor does it claim to give a definitive account of a specific case or perspectives on that

South Africa, 1994: the half-century old governmental regime of apartheid finally fell – and the nation of over 40 million people had to build a new social and economic structure that would be more just and inclusive.

“During apartheid, the whole system was built on the backs of 40 million people for the benefits of five million people. And we’ve now been moving to a system where you’ve got to serve the interests of our current population of over 50 million South Africans. That has to require a whole different mindset.”

It was and remains a massive task – including for South Africa’s companies. With a history of profound inequality and long simmering grievances, and facing decades of reconciliation and recovery, what can a company that wants to respect human rights do?

When the apartheid government fell, “some people felt the banks had colluded with the old regime, for example during the lead up to the 1985 debt crisis. After the end of that regime, there was a sense that the banks owed society something, and that they also needed to be made more inclusive and socially responsible. So the banks definitely felt a sense that they should do more,” says Daniel D. Bradlow, Professor of International Development Law and African Economic Relations at the University of Pretoria.

Fast forward two decades later and some South African banks – along with many other sectors and institutions tainted by apartheid – have taken steps to make amends for the past and move forward (see box below). Yet banks in South Africa operate in a society still trying to overcome the effects of gross historical injustices. So what does it take for a bank to truly evolve into a responsible business – in a country going through a major rebuilding?

In 2003, the South Africa government enacted the Broad-Based Black Economic Empowerment Act (B-BBEE), which sought to increase black participation in the economy. One aspect of that was that each sector of the economy was given the opportunity to come up with its own transformative agenda to further black economic empowerment. The banks worked to develop such an agenda for their sector, publishing in 2004 the South African Financial Sector Charter. That charter created low-cost bank accounts called Mzansi accounts, designed to give poorer people access to critical financial services like savings accounts. The Charter also requires banks to increase black ownership and management in banks, and banks are required to do more lending for things like low-income housing.

At Nedbank, one of the “big four” of South African banks, Group Ethics Officer Driekie Havenga says this evolution is dependent on culture. “Around 2000, we decided that our philosophy in our bank is doing responsible business. We call this culture. But culture doesn’t just happen. It takes years and years of people doing the right thing.” | Learn more about embedding respect for human rights into the business

A growing consciousness of the environment and society

At Nedbank, Havenga describes how the bank’s initial interest in environmental conservation grew into a broader agenda about environmental as well as social responsibility.

“Over 20 years ago we started supporting the World Wide Fund for Nature (WWF). After a while we realised that this was also a business advantage for us, because being seen as a ‘green’ bank was a competitive edge. Over time, our environmental consciousness evolved into a full blown consciousness about sustainability – both for the environment and for our society,” Havenga recalls.

“In 2005, we became the first financial institution in Africa to embrace the Equator Principles, giving us a principled approach on understanding environmental and social risks related to our project financing. In 2006, we joined the UN Global Compact. Being a part of collaborative initiatives helps to provide us with the necessary tools and guidance to drive forward our efforts to be a responsible bank,” Havenga says. | Learn more about how collaboration can help companies achieve respect for human rights

But what really helps drive Nedbank’s efforts to be a responsible company is the tone from the top.

“One of the most important things in this area is ethical leadership. That’s where we get our ultimate mandate. If you don’t have ethical leaders who support responsible business, you shouldn’t even bother trying!” Havenga says.

Even with a history of awareness of social and environmental impacts, and support from senior leadership, Havenga and her team recognised the importance of understanding their human rights risks – and their costs if left unaddressed.

“I learned this lesson a long time ago. If you can bring things down to money, you will go far. If you want to convince your executives or board, the business case has to be financially sound,” Havenga says. | Learn more about making the case for business respect for human rights

But how did she make the case?

“When we started the ethics office, we went and had a look at our data about staff misconduct. This includes human rights-related misconduct, for example discrimination. We came up with quite a lot of statistics and we then went further – we established the cost to the company of that misconduct. What do we pay for misconduct every year? And when you put that business case to colleagues and senior executives – this really makes an impact!” Havenga says.

Nedbank began its human rights due diligence by looking first to its own supply chain. Havenga calls this “looking at our own footprint” and says it’s important to work on this to set an example for clients. “If we want our suppliers and our clients to follow suit, we have to set the example,” she says. | Learn more about how companies can be connected to human rights impacts through business relationships

Nedbank has also started human rights due diligence on the products and services it provides to clients. “And that is a whole different ballgame,” Havenga says.

South Africa has a long history of “unbanked people”: people who could not access financial services like savings accounts, loans and insurance. The lack of financial services for a significant portion of the population is a continuing barrier to alleviation of South Africa’s three key problems of inequality, poverty and unemployment, according to Professor Bradlow.

While the financial sector’s Mzansi accounts (see box above) have helped, Bradlow thinks banks could be more innovative in how they develop products and services to serve diverse clients, particularly people from poorer communities.

He notes: “The challenge for the banking system is probably universal. I don’t know if any country has worked out how the financial system can most effectively help alleviate inequality, poverty and unemployment. If the South African banking sector would recognise that and say ‘look, we’re in new waters and we’re not alone in that’ and we used human rights as a lens to enrich how we do banking, it would open up a much more productive conversation on finance. With the right mindset, banks could see this as a real opportunity.”

The role of a financial institution like Nedbank is unique when it comes to influencing their clients and suppliers to make good choices.

“We have to use our financing – which gives us influence and leverage – to convince suppliers and clients to go in the right direction. We also offer them free training and advice to help them with this,” Havenga says. | Learn about how companies can use their leverage to further advance respect for human rights

Havenga and her team have also set up monitoring mechanisms in top governance and accountability structures in the bank to help them better understand the bank’s human rights risks, and see if the mitigation measures they’re taking so far are working.

This is simply how we do business

Being a responsible bank isn’t something that happens with one commitment or in a matter of months.

“There is always so much going on, both in terms of the risks we’re seeing and in terms of ways to handle them,” Havenga says.

“I am awestruck about the amount of information that comes through. No programme will ever be perfect – it will always be a work in progress,” she says.

“I think in general the business society in Africa is really coming to the front with this and accepting that we can’t do business like we did it 30 and 40 years ago.”

So while Havenga says Nedbank is constantly learning, the commitment to respect human rights doesn’t change.

“If you want to do the right thing you have to apply the same rules consistently. We have quite a firm policy that gets disseminated into our systems through communication and training, and all of our departments and groups have to customize their policies according to our overarching commitment to human rights. This is simply how we do business,” Havenga says.